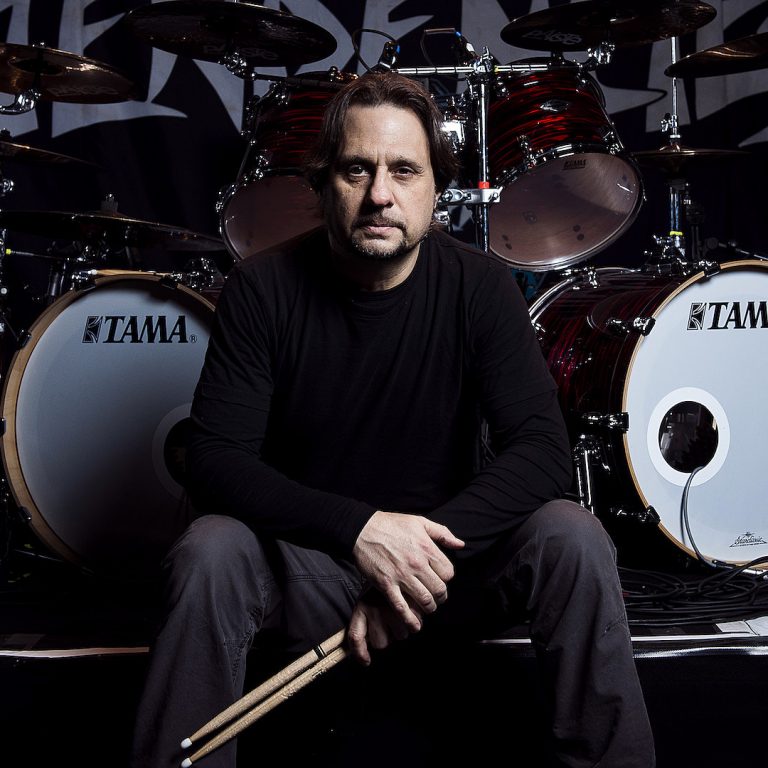 It is hard to determine which metal drummer is the best because, from my point of view, music isn’t a competition, so I choose my favorite metal drummers in the world right now. Here is a few attributes I considered while making this list:

Each drummer from this list has all these attributes. They are not just drummers that the audience likes but also that drummers like. These guys are in the spotlight of every young drummer trying to play their songs, beats, chops.

Their technique is pretty much advanced, and some of their performances are legendary. That said, they well deserved a place on this list.

A true giant when it comes to his impact on a young generation of metalheads. The first time I heard about Lombardo was when I read an Interview with Lars Urlich from Metallica, where he stated that his favorite drummer is Lombardo.

He recorded their famous album Reign in blood in 1986 and the world-known metal anthem Raining Blood. Strong, punching double bass grooves and his unique playing took Slayer to another level.

This album wrote the history of Slayer by making them one of the most famous metal bands in the world. The main factor of his departure from Slayer were financial issues. As he says, the amount the band members earn was not proportional.

He earned less money than some band members and even some band lawyers. Check out his clinic, where he talks about quitting the band.

After quitting Slayer, he was a well-established metal drummer, so it was easy to get some gigs like Testament, Apocalyptica, and Suicidal Tendencies.

The man behind Dream Theater magic and the king of odd time signatures and musicality. The first time hearing Mike Portnoy is a magical experience for every young drummer.

For a person new to drums, it is beyond reasonable that someone can change 108 time signatures in one song, such as Dance of eternity. In 2010 Portnoy decided to go separate ways and quit Dream theater.

The reason for that is Burn out as he said. His signature licks like four on the snare, two on the feet are spread widely across the entire metal universe of young bands and drummers.

Known for his charisma, dexterity, and famous head hit move, he belongs in the Modern Drummer hall of fame… His Impact on progressive drumming is enormous.

Tama makes Portnoy signature snare drums called Melody master named after his daughter. He also endorses Sabian, Remo, and Pro-Mark. An interesting fact is that his son Max also plays drums, and he is quite good; hopefully, he will beat Mike one day.

The monster behind the Sepultura force. His drumming can be described as the overuse of force mixed with aggressive percussion rhythms. When you hear Eloy for the first time, you get the kind of a “what the fuck just happened” feel.

He started playing drums when he was seven years old and won a Batuka International Drummer Fest at the age of 13 and Modern Drummer’s Undiscovered Drummer Contest at the age of 14. In 2011 he joined Sepultura, and the drumming community went crazy about him.

It sounds almost impossible that someone is playing that fast with that much power. This differentiates Eloy and his playing from many metal drummers today.

At 29 years of age, he is probably the most famous drummer that comes from Brazil. At the same time, he is the youngest drummer to play in Sepultura.

Before he inherited Mike Portnoy in Dream Theater, he was known as the drummer for Steve Vai, Extreme, Annihilator. As far as the drumming community, he was and still is one of the technically most advanced drummers in the word.

He can play things with just one hand that many drummers can’t play with both. The well-known fact is that he holds five world records for the fastest drummer. Even Discovery’s Time Warp show dissected his playing with speed cameras.

It is barely impossible to analyze his playing without slow motion anyways. He played on two studios and one live album by Steve Vai. Also, before that, he made a strong impression playing with Annihilator and Extreme.

In 2005 he became a full-time teacher at Berklee College of Music, but he resigned when he joined Dream Theater.

He joined Dream Theater in 2011 after auditioning with a couple of world’s most technically advanced drummers like Thomas lang and Virgil Donati. Before the audition, he played on three solo albums of Jamies Labrie, the Dream Theater singer.

Best known as a drummer for Korn and successor of David Silveria. In 2007 he auditioned for Korn and ripped. Their initial plan was to have him on the road for the upcoming tour, but he ended as a full-time member.

He is known to be a hard worker, so for his first audition instead of learning five songs, he learned 30.He spent eight years playing for David Lee Roth and recorded two studio albums with him. There he met Billy Sheehan, the famous rock bass player. He recorded two albums for him also.

What makes his drum set unique is china cymbal in the middle. Among drummers, china is mainly positioned on the right or left side of the setup.

This opens up the opportunity to play china with both hands, and if you think about it makes perfect sense. His powerful style and double bass fills perfectly fit Korn music.

As far as the drumming community, he was known long before Korn. The chops he plays are very simple to learn and useful as well.

This guy may be the most advanced drummer player in metal music. Although most drum parts in metal music sound hard to play, the fact is that they are not.

The pieces are fast for sure, but that is the thing with metal drummers, they don’t pay attention to the sound but only speed.While on the other hand, if you dive deeper into Tomas Haake drum parts, you will realize that his approach is so musical and complex.

Playing that kind of polyrhythms with double bass power and precision is hard, even for some professional drummers. He is a full-time member of Meshuggah. In 2008 he was voted as the best metal drummer by the readers of Modern Drummer Magazine.

Many of his drum influences come from a world of jazz, which makes perfect sense when you hear his playing. The song Bleed set the drumming community on fire with his three over four polyrhythm. The fun fact is that he writes most of the Meshuggah lyrics.

Probably most drummers will hate you if you compare somebody with Vinnie Colaiuta, but if there is an inheritor of Vinnie’s drum madness, that is definitely Matt Garstka.

It would be even safe to say that he is the best young drummer of today, but I try not to be subjective, and as I said, drumming isn’t a competition. The stuff he plays is untouchable for most of the drummers. It is complex on so many levels.

It is hard even to figure out, and then when you sit down to practice, you realize his creativity and madness.He is a full-time member of very creative and one of its kind Animals As Leaders. His education comes from Berklee College of Music.

In 2011 Matt made an appearance on Gospel Chops video and became known to a much larger audience. At the age of 30, there is a lot of great things ahead of him, and with his style, the future is bright. I am sure that he is the guy who will dictate the trends.

Next to Matt Garstka, Halpern is one of the most creative drummers in the world right now. His strange drumset sometimes without toms and his grooves are very distinct.

But exactly those things make him unique as a drummer. He started drumming at three years old. He currently plays with a band called Periphery. Also, he is a very active drum instructor.

What a lot of people may not know is that Matt is a co-founder of getgooddrums.com. It is not just a website but also a software company that produces drum sample libraries.

Also, the exciting fact is that Mat Halpern played in Animals as Leaders before Matt Garstka. Modern Drummer Magazine voted Matt for the best metal drummer.

He originally comes from Greek. George is one of the best drummers of death metal and a full-time member of band Nile… The role model of many death metal drummers.

His speed and technique is astonishing. The most astonishing thing about his playing is his foot technique. The technique he uses is unique, and he calls it the swivel technique.

On faster tempos, his feet are going from up and down to the side to side movement. When he reaches a certain speed, the movement gets smaller.He played the first show after just three months of playing drums in his brother highschool.

Man, who helped George a lot in his education, is Yannis Stavropoulos. In 2008 he released an instructional dvd called Intense Metal Drumming. His two bands before the Nile were Sickening Horror and Nightfall.

He is one of the most influential metal drummers of the last decade. He joined the band The Pale Ones in 1995, which later changed its name to Slipknot. He played on four studio and one live album.

Also, he played on many metal sessions over the years. The actual reason behind his departure from Slipknot was revealed a couple of years later. As the main reason, Joe mentioned transverse myelitis, a neurological illness. Jordison played guitar in a band called Murderdolls.

Later on, in 2004, he added a musical production to his versatile career. The proof of his great talent are many awards he received over the years, such as The best drummer of the previous 25 years by Rhythm Magazine, World’s greatest metal drummer by Loudwire, The Golden God Award by Metal Hammer.

Since he quit in Slipknot, he has been to Metallica first pick when Lars Urlich was hospitalized in 2004. Afterward, he got a call from Korn to replace David Silveria for the upcoming tour.

Dennis is a drummer, percussionist, music enthusiast, and a blogger. He wants to expand the drumming community and to educate new drummers about technique, equipment and sound. Exploring the drumming world and discovering new drummers is a way of life he says. 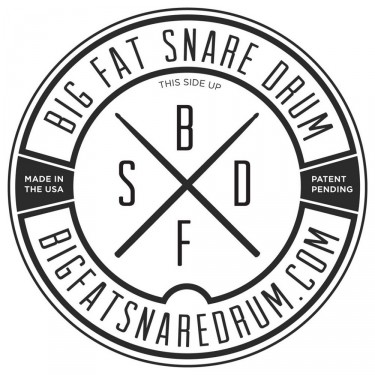 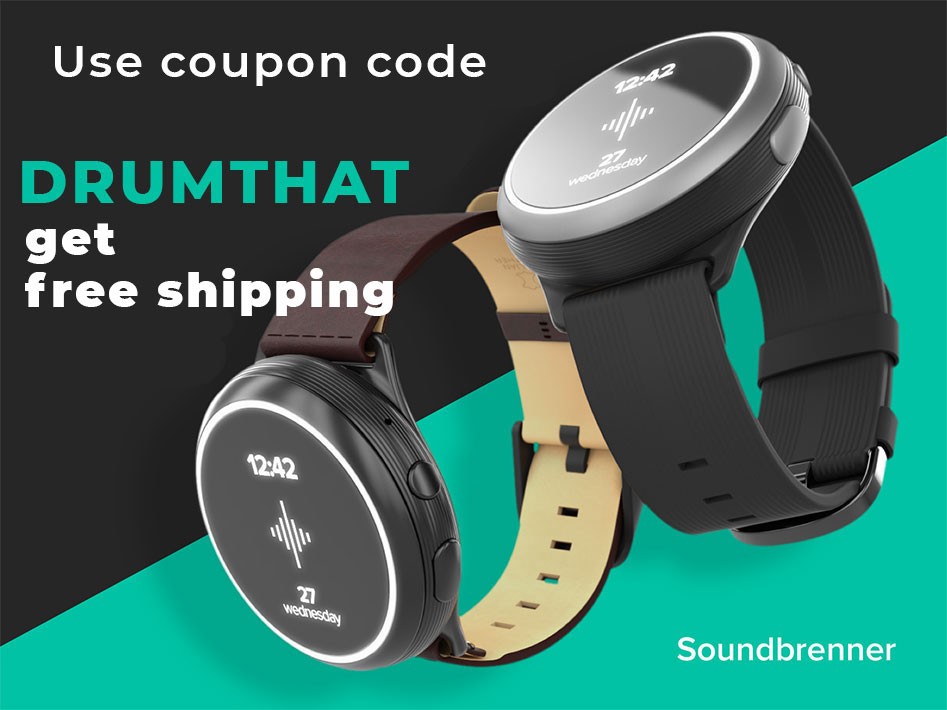